Don't ignore your investment in your backup solutions. Let us service and do a health check. 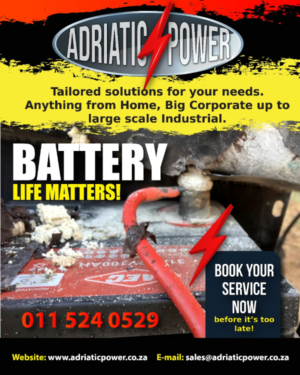 Electricity and the Electron Flow

Electricity is the flow of charge around a circuit carrying energy from the battery (or power supply) to components such as lamps and motors.

Electricity can flow only if there is a complete circuit from the battery through wires to components and back to the battery again.

The diagram shows a simple circuit of a battery, wires, a switch and a lamp. The switch works by breaking the circuit.

With the switch open the circuit is broken – so electricity cannot flow and the lamp is off.

With the switch closed the circuit is complete – allowing electricity to flow and the lamp is on. The electricity is carrying energy from the battery to the lamp.

We can see, hear or feel the effects of electricity flowing such as a lamp lighting, a bell ringing, or a motor turning – but we cannot see the electricity itself, so which way is it flowing?

Which way does electricity flow?

We say that electricity flows from the positive (+) terminal of a battery to the negative (-) terminal of the battery. We can imagine particles with positive electric charge flowing in this direction around the circuit, like the red dots in the diagram.

This flow of electric charge is called conventional current.

This direction of flow is used throughout electronics and it is the one you should remember and use to understand the operation of circuits.

However this is not the whole answer because the particles that move in fact have negative charge! And they flow in the opposite direction! Please read on…

When electricity was discovered scientists tried many experiments to find out which way the electricity was flowing around circuits, but in those early days they found it was impossible to find the direction of flow.

They knew there were two types of electric charge, positive (+) and negative (-), and they decided to say that electricity was a flow of positive charge from + to -. They knew this was a guess, but a decision had to be made! Everything known at that time could also be explained if electricity was negative charge flowing the other way, from – to +.

The electron was discovered in 1897 and it was found to have a negative charge. The guess made in the early days of electricity was wrong! Electricity in almost all conductors is really the flow of electrons (negative charge) from – to +.

To prevent confusion you should always use conventional current when trying to understand how circuits work, imagine positively charged particles flowing from + to -.

(Article from the Electronics Club)